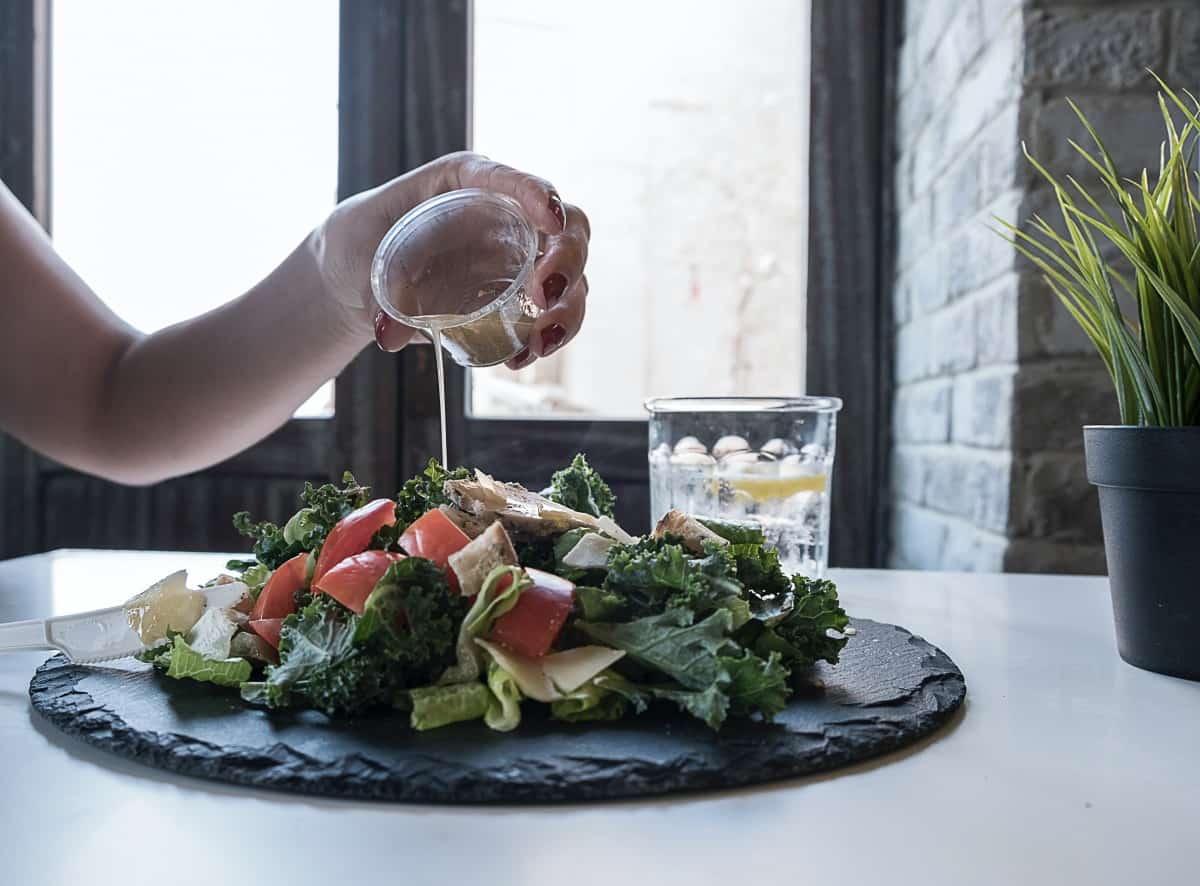 When a person follows calories restricted diet, there comes a time when a person feels that now it’s the time to get back to the old dietary habits. It happens because a person might have reached goals set for following a calorie-restricted diet, and now there’s no use in following such a diet. But, the main thing after achieving weight goals is weight maintenance and slowly adding the calories to the diet. A person can achieve it by following a reverse diet instead of directly jumping to an old routine. But the question arises what a reverse diet is?

A reverse diet is the kind of diet that focuses on increasing the daily food intake in a slow but consistent way after a calories-restricted diet for promoting long-term weight maintenance. It is simply an act of avoiding sudden weight gain after a calorie-restricted diet and resumes regular healthy eating habits after a cut. All effort is made to increase the metabolic rate.

Consuming less energy than a person throughout the day is necessary to lose fat. A correctly applied calorie deficit ensures a safe and steady fat loss up to a certain point.

During a limited calorie supply, the body makes efforts to utilize the available resources efficiently to prioritize the needs for pumping blood, breathing, brain functionality, and staying alive. This whole thing is referred to as metabolic adaptation. It involves several factors which contribute to this process.

NEAT is non-exercise activity thermogenesis which is the energy exerted out when non-structures activity is performed. These levels dropped when the body signaled that calorie intake is low.

It will lead to brain signals that the body is not getting enough energy and will move towards sedentary habits.

EAT is the exercise activity thermogenesis, which means that the body cannot put much energy into the exercise during lesser consumption of calories.

Because the muscle glycogen stores are also less in quantity which leads to less energy to lift weight and hinders the performance for explosive cardio movements. It lowers the activity thermogenesis level.

Changes in the Body Mass:

Losing fat from the body leads to being lighter in weight, and in this way, a person will need less fuel for a smaller body weight and contribute to maintaining metabolic adaptation.

Various hormonal changes are also associated with the lower calorie intake, such as the increased levels of ghrelin and cortisol hormones and reduction in the leptin hormone. These altered hormonal levels lead towards:

Gradually increasing the calories in the diet leads to adapt the body a healthier way to calorie excretion. It is known as adaptive thermogenesis. In this, the body wastes calories in the form of heat.

Working on a Reverse Diet:

Before talking about the working of a reverse diet, let’s talk about how weight loss and gain work. These phenomena include BMR and TDEE.

BMR, also known as Basal Metabolic Rate, is the number of calories burned for survival. Everything we do in our daily lives, such as blinking, breathing, and all other essential human functions, requires energy for their performance, and BMR is responsible for this.

For losing weight, a person needs to follow the calories in and out of the formula. People often consume a meager amount of calories to lose weight and become calorie deficient. The simple mechanism behind this is:

Other factors are often overlooked by people, such as absorption, stress, genetics, and metabolic adaption. These also have the potential benefit of balancing the energy scale in either direction.

It is a type of metabolic adaptation and is different from the starvation mode. Obesity is a global issue nowadays, but starvation has been a real threat before this issue.

Whenever a person starts consuming lesser calories, the body starts preparing for famine by following specific ways such as:

Instead of jumping quickly to the calories, it is necessary to know the number of calories consumed to maintain weight. After this, a person can establish the baseline macros.

The Decision Regarding the Increase of Carbs and Fat:

Ask yourself some questions for this aspect, such as:

If your answer is yes, then your body might get more benefits from an aggressive reverse. A person will gain more body fat by quickly increasing the carbs and fat.

The person will feel less deprived and have more range to include foods related to their cravings, preventing binge eating episodes. The extra energy added through aggressive reverse will give the energy to build muscle during training.

Increasing Carbs and Fats According to Weight Goals:

For a slow reverse, increase the carb and fat intake by just a 2-5% increase per week in a diet that depends on weight gain.

Decide two or three days in a week and weigh yourself on those days in the morning. Assess the average weight change over the week. It will help to evaluate the manipulation of macros and will decide the subsequent increase.

If you observe a significant jump in weight gain during the assessment, scale back to the rate which is increasing the intake. Bump up to both carbohydrate and fat intake for maintaining the weight.

Reduce the Time for Cardio and Add Heavy Weight Lifting:

Stop doing steady-state cardio, which helps little build muscle mass and interferes with the muscle-building pathways. Lifting weight for 3-6 days in a week helps build muscle mass, increases the metabolism for the short term, shows results, and maintains them for a more extended period.

Stop and Choose the Next Action after Reaching Desirable Goals:

Once the satisfying amount of your weight goal is reached, stop adding the calories at this point. If this level of caloric intake feels better for you, stay at this level. But if you want to lose weight after this point, you can go ahead as the metabolism is in a better position now. Avoid the slash of calories.

What to Expect in Reverse Diet:

Challenges in a Reverse Diet:

Potential Benefits of the Reverse Diet:

Reverse diets add potential benefits to health too. Lower carb diets are linked with lower metabolism rates, and increasing the rates of carb in this diet leads to reducing the effects of adaptive thermogenesis. Some of the benefits are as follows:

You Eat More on a Reverse Diet:

An increase in calories means more intake of food. A reverse diet means eating more food along with maintenance needs and controlling the long-term calorie intake. It is one of the positive effects for those who enjoy eating food.

Proper nutrition reduces unhealthy food cravings, better mood, and overall well-being. Restriction in calories is associated with a mess creating a disturbance in hunger-regulating hormones, which leads to cravings for sweets, and a person feels cranky and hungry. Feeding the body improves the energy need on an overall basis.

Drawbacks of The Reverse Diet:

It can Lead to Fat Gain:

Without maintaining the maintenance calorie need, a reverse diet can increase the calories to a high level, resulting in weight gain. There are also some water weight changes which is not possible for an average man to distinguish.

For instance, if a person cuts a majority of carbohydrates in a diet, then later, some of the additional water will start to store in the body as water weight.

It Only Focuses on Calories:

This diet only focuses on calories, but a person must fuel up the body with the appropriate amount of calories for mindful eating. It helps in daily performance and is a key to long-term adherence—a balanced approach in any diet in the long term and proper maintenance diet.

Limited amount of research: There is minimal research on reverse diet and its practical approach.

Also Read: Clear Liquid Diet: An Incredibly Easy Method That Works For All

Can a person lose weight on a reverse diet?

Research is limited on this fact, but still, it is known that the increase in calorie intake boosts up the burning of fats and excess calories and normalizes the hormonal levels in the body. It could lead to weight loss and management of weight.

There is no current evidence about the exact working of reverse diet. However, it is still studied that the gradual increase in calories after a deficit diet planning boosts the metabolism by adjusting the weight regain.

Does a person gain weight on a reverse diet?

During the initial days, gaining weight is normal due to the water weight, and it can take 4-6 months to reach the desired goal by gradually increasing the calorie intake per week.

How long should reverse diet be followed before cutting?

A reverse diet is followed for almost 6-8 weeks and depends on the calorie Maintenance to hit goals and current TDEE.

How to start a reverse diet?

Figure out the daily calorie intake and then increase the calories in small increments per week. Track the daily intake of calories and stick to your maintenance calorie needs.

How can a reverse diet be followed without gaining weight?

How many calories be increased on a reverse diet?

How to do a reverse diet on a 1200 calorie intake?

Hello! My name is Dr. Zainab Naeem, and I am a Nutritionist/Dietitian by profession. I am also impassioned to spread knowledge about ‘9Lifestyle medicine’, ‘Human Nutrition’, and ‘Dietetics’ so that people can stop believing the wrong concepts about food and habits they have adopted over the years, which hinders the real joy of their life. This site is an excellent platform for me to share some of my medical knowledge and experience extracts. The power of words helps me to spread up-to-date and current research studies.