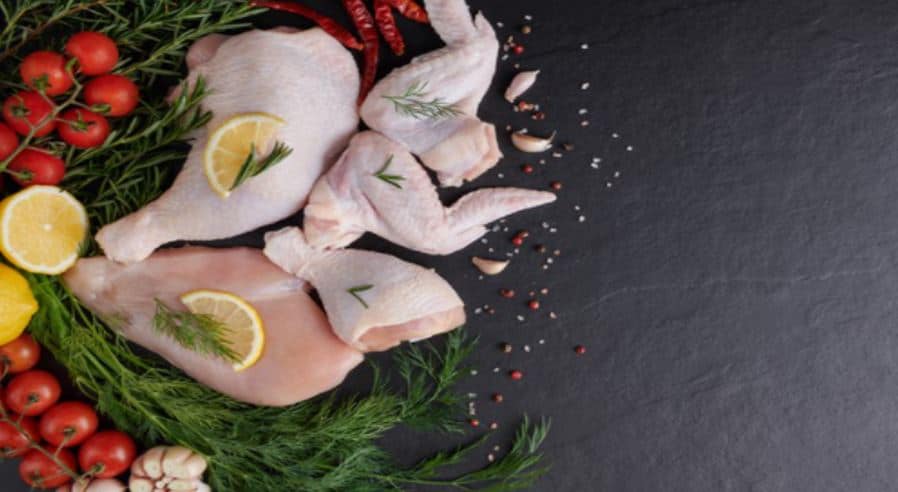 Chicken is one of the most popular sought-after food items worldwide because of its neutral taste, making it easier to mingle with various spices and flavors. It is a favorite meal for adults and children alike. It is also popular among folks because it offers high protein with low fat. So how what is the amount of chicken wings calories in 100gram?

Chicken wings, along with baked potatoes, are immensely fulfilling for hunger. It is served in a variety of cuts like thighs, breasts, legs, and wings. Each of these portions is different in its nutritional content and has varying amounts of calories and protein. Chicken is also one of the excellent sources of lean protein, which means it offers low calories related to the quantity of the meal. Here I will discuss more chicken wings calories and their effect on health.

Could you give it a Fry?

Table Of Contents hide
1 Could you give it a Fry?
2 Chicken Wings- A health-food pretender?
3 The Health Hazard of Sodium-rich Sauces:
4 Wings for the Crazy Football Fans:
5 Wings in the Calorie-Land:
6 Can chicken wings be made any healthier?
7 Calorie chart of chicken wings:
8 Some ways to cut calorie content from the chicken wings:
8.1 1. Baking:
8.2 2. Air frying:
8.3 3. Grilling:
8.4 4. Steaming:
9 Chicken Wings Calories– Bottom Line:

Speaking about chicken wings calories, let us first have a glance at fried wings. Fried chicken wings are an age-old southern recipe, but they came into the limelight in 1964, filled with seasonings, sauces, and coverings. Teressa Bellisimo, the co-owner at a restaurant in New York, cooked the leftover wings for her son as a late-night snack. And from there, its popularity skyrocketed, and it became a go-to snack for any time of the day.

The rich flavor of different hot and barbeque sauces and seasonings makes it tastier, different coverings like breading or crumbs give it a crunchy flavor, and its size makes it look like a light side-dish snack that can be served with pizza or other rich calories meals. Before Bellisimo’s hit recipe, People mainly used chicken wings to prepare chicken stock, or otherwise, they were just thrown away. None would bother much about chicken wings calories at that time and consume widely.

Chicken wings may seem like a quick snack, a side dish, or a light meal, but actually, it is not. The cooking method they are cooked with and their seasonings add to sodium, fat, calorie, and sugar counts. Since it is usually deep-fried and covered in butter sauce, breading, and other hot and spicy sauces, it carries a shockingly massive amount of calories.

One average-sized chicken wing contains 100 calories, 500 mg of sodium, 6.4 grams of protein, and 7 grams of fat, including a dash of 2 grams of saturated fat, which is a type of unhealthy fat. And this is even before you toss it into dipping sauces to have a saucy and flavorful bite, after which you add more than 60 calories to your meal per bite! So chicken wings calories count a lot on your chart.

According to the U.S health department, a male adult needs around 2000-3000 calories in a day to maintain weight, while an adult female requires 1600-2400 calories. A relatively small meal of average-sized 12 chicken wings contains 1106 calories other than sodium-rich sauces, which also heavily add to calories.

The Health Hazard of Sodium-rich Sauces:

The well-known Centre for Disease Control and Prevention in the U.S has listed chicken as one of the high-placed top ten famous suppliers of sodium in our diets. Chicken wings are specially served with hot and spicy sauces, which also usually contain high sodium. It makes chicken wings an unhealthy dish which can cause high blood pressure, stroke, or cardiac arrest.

Kidneys may also have trouble with excess amounts of sodium in the body, affecting their normal functioning. There is evidence that too much sodium in the body can damage kidneys, aorta, or heart even without causing high blood pressure levels. It can also weaken your bones. Doctors usually advise checking chicken wings calories before planning your daily diet to raise the daily dose.

Wings for the Crazy Football Fans:

The popularity of chicken wings is easily understood because it is the favorite dish in ‘The Super Bowl,’ an annual Football League annual championship game (NFL). Over 600 million chickens are cut to serve the wings during the match. The football fans consume around 1.25 billion chicken wings while enjoying the contest.

Chicken wings serve the least amount of protein and the highest calories than all other cuts of chicken. It does not immediately satiate hunger, so a person may keep eating several wings, thereby stuffing hundreds of calories in the body. Eating just two chicken wings provides you calories that will require 20 minutes of jogging or 1 hour 19 minutes of walking to be burnt. That, if you want your weight to be checked and controlled, is a lot of calories. Now imagine having a platter of wings as a side snack and carelessly munching them while you relax and bask in your leisure time; no wonder that so many people don’t even know what caused obesity and weight gain in them.

Can chicken wings be made any healthier?

You can increase the protein serving and reduce the calories of chicken wings by following a simple trick; remove the skin from the wings. For example, if a person consumes 3-5 oz of chicken wings with skin, s/he consumes 290 calories, but it will come down to 203 calories if removed. The skin on chicken cuts adds consistently more calories and fat. People who want to cut down their body weight may tear off the skin from chicken cuts before or after cooking them.

Some ways to cut calorie content from the chicken wings:

If chicken wings are your favorite but follow a diet plan, you should reconsider your cooking method. Instead of using several sauces and coverings, you may add your favorite spices and cook them with oil spray instead of deep-frying them. Some other ways of cooking them as a healthier snack are listed below:

Many dietitians suggest baked wings as a healthy and equally flavorful replacement for oily deep-fried wings.  You can bake them to reduce their calorie content.  By baking the wings, you can cut down many calories, fat, and sodium content, making it much less dangerous to health and fitness. You can add all or any of your favorite seasonings with a tablespoon of olive oil in a fairly preheated oven at 375 degrees Fahrenheit, your healthier and equally delicious chicken wings snack will be ready. Its cooking time is 45 minutes in the oven at 400˚ Fahrenheit. You may want to watch out for spices that you do not want to be burned, which will ruin the flavor.

Air frying is another option of cutting down chicken wings calories. You can make them crispier and seasoned by cooking them in the air fryer. Just put one tablespoon of oil, some salt, lemon, garlic, pepper, or any of your other favorite seasonings. Then put them inside the air fryer and cook them for over 16 minutes, 8 minutes for each side, at 400˚ Fahrenheit. Your perfectly golden brown and extra crispy chicken wings with much lower calorie content are ready to be served!

Grilled Wings are one of the most relevant sources of chicken wings calories. Grilling is also a good option if you are looking for a low-calorie wings meal. The grill needs to be preheated on medium heat of around 350º Fahrenheit. Coat chicken wings in salt and pepper, or you may add other spices and cook them for about 20-25 minutes on the grill with low heat. Pat them with a paper towel dipped in oil while cooking.

You can also prepare chicken wings by steaming them. This way, they lose much of their calories and also taste delicious. After washing and drying the chicken wings, please put your favorite seasonings and leave them for marination for about an hour. Then place them on the steaming plate in the steamer for 12 minutes on high heat. You can also add vegetables like mushrooms to make it healthier. After 12 minutes, remove them from the steamer and garnish them with coriander and spring-cut onions. You may also dip them in a sauce afterward. They taste delicious if you serve them immediately.

Many restaurants and online web pages nowadays provide calorie counts in your chicken wings. This way, you can have a fair idea of how many calories you are putting inside your stomach and what impact it might, later on, have on your health and fitness. Using food scales is also an excellent way to correct how much a serving weighs calories.

It gives you the leverage to make an informed decision that is compatible with your dietary plan. Choosing a healthier meal will benefit you in the long run and keep you fit and active. After all, health is true wealth. Another way to keep health in check is to compare the chicken wings’ calories with other food items and their calories available in the market.

Chicken wings are the least healthy portion of a chicken and made unhealthier by deep-frying and breading coverings. Sodium-rich hot and spicy sauces pose a threat to your health, causing high blood pressure, obesity, and cardiac diseases. A small chicken wing meal contains a large number of calories. Yet, there are some ways to cook it better and healthier and decrease its calorie content without compromising its taste and flavor. Those cooking methods include baking, steaming, grilling, and air frying.

While eating out, you can check on the chicken wings’ calories or any other meal by weighing their calorie content using food scales. Many restaurants also provide calorie amounts on their menu, and if they don’t, you can always search on the web for the number of calories any of your meals might have. This way, you can easily always keep an eye on your weight, health, and fitness.